So, whereas other heating systems work by burning fuel (i.e., a wood stove) or by converting electricity (solar panels) in order to generate heat, Heat Pumps do not actually create or generate heat in the first place. The Air Source Heat Pump works instead by transferring existing ambient heat in the air outside the home into the home. This transferring can be performed even in colder climates, as there is always some heat present in the air. Indeed, many of the colder Scandinavian countries are market leaders in Air Source Heat Pumps and have been since the 1970s.

Heat Pumps were first manufactured on a commercial level in the 1970s, with a huge market for them developing in Europe – Scandinavia especially. Heat Pumps have only recently become popular in the UK.

The process works by having the refrigerant liquid absorb the heat from outside the home. The refrigerant fluid is then circulated and compressed into a gas – which increases its temperature. This gas is then circulated and cycled via your heating system, providing you with warmth and hot water. So there is no generation of heat, just the gradual increasing of an existing warmth.

So how does the Heat Pump Process work?

Many have extensive horror stories of dealing with the issues posed by a faulty boiler system, but Air Source Heat Pumps are simple and require only basic maintenance. Furthermore, many of the components that make up an Air Source Heat Pump are long lasting as well and can come with extensive warranties to ensure you are protected. Typically they will last significantly longer than a boiler as well – on average a Heat Pump can last almost 20 years. 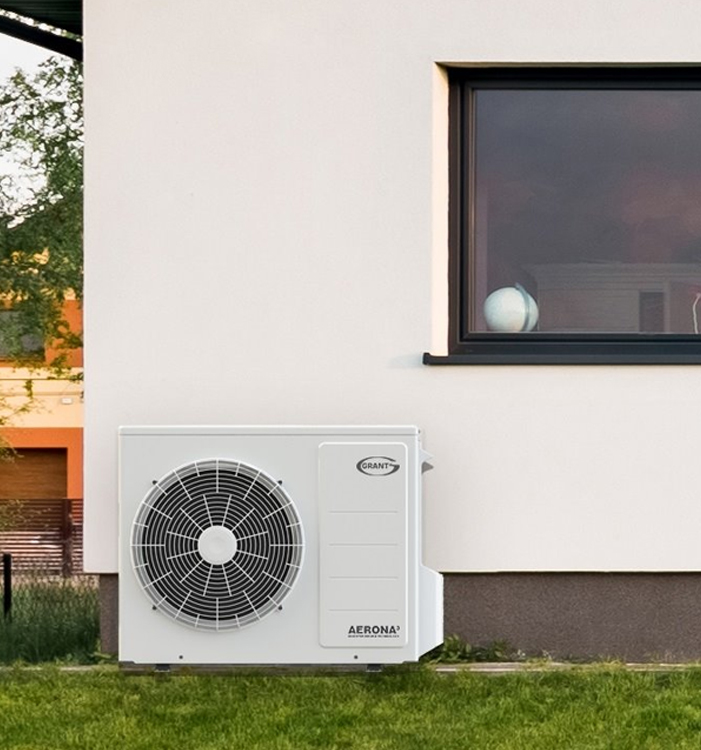 For years, Greener Energy has provided expert services and assistance to our customers, with a strong focus on strong customer service. The Greener Energy Group isn’t just focussed on providing you with the best product but also ensuring you receive the best possible service we can provide – to ensure you aren’t just saving energy but saving as much money as well. Our team is able to provide a free assessment of your home to ensure that it’s fully compatible with an Air Source Heat Pump.